I finally settled on a what I believe is the most accurate design so far of the helmet from The Mandalorian.  I decided to break the helmet into 13 parts.  Those parts are:

I have the build area to print a full sized helmet on my CR10S. The reason, from my perspective, that I didn’t, was that if a print was going to fail at some point; I would rather that a failure occur near the end of a 6 hour print.  I would  just have to reprint that part, rather than at the end of 48 hour print and have to do it all again.  The possible potential for loss of time and material was the greatest concern.  I have multiple 3D printers and these parts were printed on:

Both printers are heavily modified, with just about the only item that is still stock being the frame and cables.  Let’s just say TH3D Studios has a lot of my money and leave it at that.  After a lot of experimentation I decided to print exclusively in PETG.

PETG is short for polyethylene terephthalate glycol-modified, and is a transparent type of Copolyester. PETG is the perfect filament to combine strength and ductility, which is why it’s used in so many mechanical parts and robotics. It has great chemical resistance with good water, acidic and alkalic resistance.  Physical strength of PETG is generally higher than with PLA and tempurature tolerance is much higher with PETG.  Because PETG handles weather and the sun  far better than PLA, and is stronger and more durable, I chose to use it as my general go-to material.  It will be used on all my builds.

You can see in the next 4 pictures how the parts are starting to lay out. 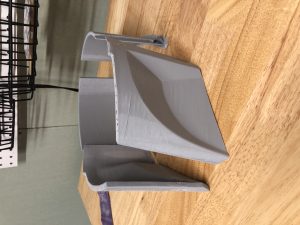 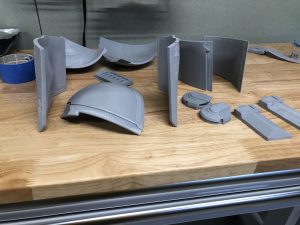 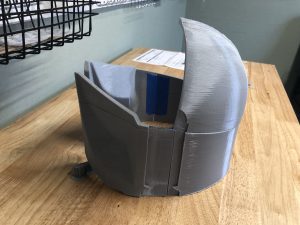 For gluing the parts together I also experimented with a variety of adhesives. The best results came from using either Super Glue or JB Weld 5 minute epoxy, sold under the trade name “ClearWeld”.  It is a 2 part epoxy that I have had some very good results with on a number of builds of the year.  Now, it should be said that the bonding of the PETG parts using Super Glue was great on all my tests.  However, I went with the epoxy for one reason.  The epoxy is slightly pliable when cured.  What I mean is that is the bond is strong, extremely strong.  But Super Glue gets hard, and tends to fuse plastic together.  I was concerned that, over time, this may cause a failure.  This is just my own opinion on my own testing, and has no real scientific merit, per se.  Just the way I feel based off my own observations. 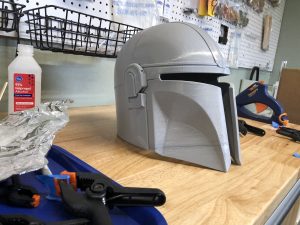 After getting all the part aligned I coated the exterior with EXT-3D.  This is a protective coating comprised of two liquids, again similar to an epoxy (part A and a part B).  The coating self levels, and covers any print lines, seams, or brush strokes.  It reduces the amount of sanding time, and cures to have hard impact resistant coating that can be sanded, primed and painted.  A quick sanding to rough up the surface after it dried and then a coat of filler primer and 90% of the work was completed.

After the filler primer dried, I sanded again at 220 grit and applied touch up filler to any imperfections I found on the helmet.  I went back over the entire helmet with a small file and made sure that all the details got put back in.  The process of adding a coating of XTC-3D and the filler primer will fill in gaps that are intended to be in the design.  A small file will put those back in.  So back to the reference pics, and put the details back on the helmet.  The next 4 image so the progress so far. 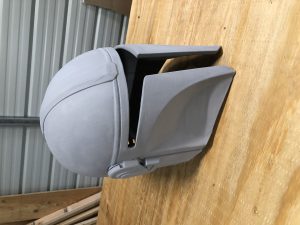 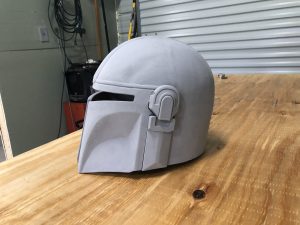 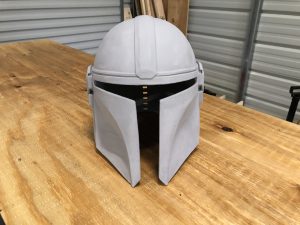 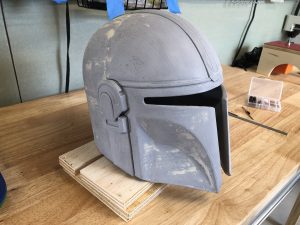 Getting closer to a product that is ready for paint.  Gray filler primer works great as an aid to fill in imperfections.  The only problem is the color makes it difficult to actually see the imperfections.  So this time, after sanding down again with 220 grit the helmet was painted with a dark gray primer.  The dark color makes it much easier to identify any imperfections.  As an added benefit the base coat of paint for the helmet will be gloss black.  The “chrome” will be airbrushed on top of this base coat.  So having a primer base that is black will add to the depth in the process.  In the images below the exterior is basically complete and ready for airbrushing.

The next project will be to do some on the interior, and clean that up.  I don’t want to be working on any aspect of the helmet after it goes to paint.  The next steps will be to cut and test mount the visor, clean up the interior and get some padding put in.  The intention is to create a visor that can be replaced or changed as needed and to put some padding in for comfort, with attachment point that allow it to be removed for cleaning or replacing.  Nothing worse than a stinky helmet after you wear it for a few days at a Con. 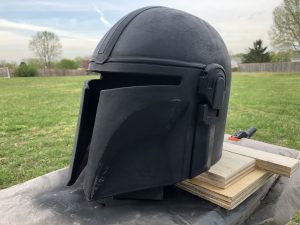 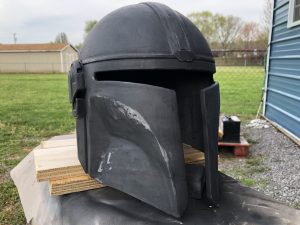 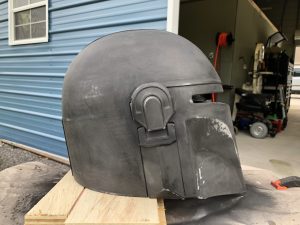 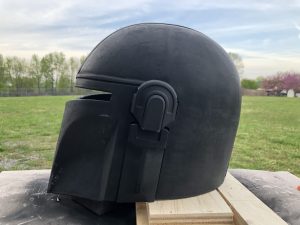 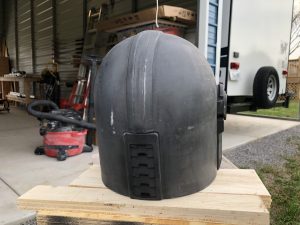